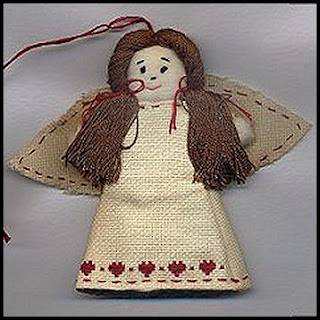 In case you've never been to my web site you can find a pattern for this easy to make angel ornie there. I made her wings and dress using cross stitch fabric but she's even cuter made  from other fabrics and lace!

Here's the link to get the free pattern:

Sorry it's been awhile, mermaids at ebay 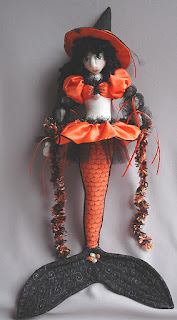 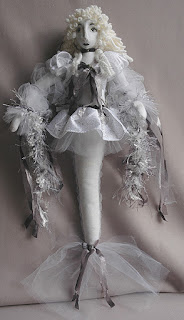 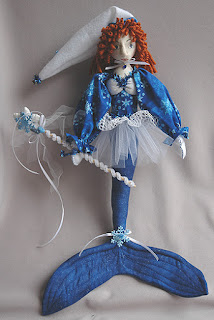 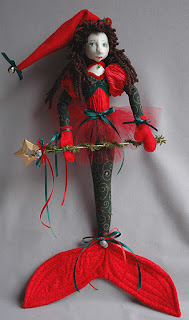 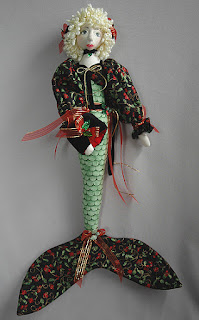 Here are the newest mermaids I have at ebay. Just got in the mood for them after making a witch mermaid before Halloween. Right now I'm making some elves. You'll find a few up at ebay right now. I'll post pics another time.

Ok, this may seem a bit wacko but I wanted to post about making a slideshow at http://www.photobucket.com
It was surprisingly easy and I put it on my ebay ME page. It shows dolls I just made for Halloween. Most are still available so if you see one you like contact me at ebay or etsy and I can list it for you. 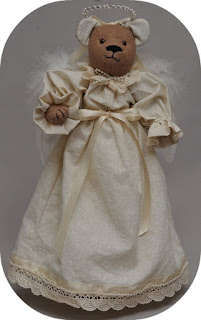 Look for the Jan. issue of Soft Dolls & Animals to get the pattern for this tree topper angel bear I designed. It may say Jan. on the cover but you should be able to get it now. She's built on an empty thread cone like my snowmen and prim angel patterns. The felt makes sewing the bear much easier that using fur. Substitute fuzzy felt for a fur look!

Took me ages to get this photo upright. Don't know why blogger insisted on putting it sideways. I had to go to picassaweb where they store all the blog photos and fix it there.
Posted by BJ at 3:46:00 PM 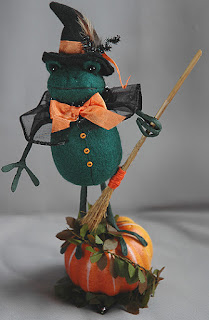