Just in case I end up in bed with this flu I have: 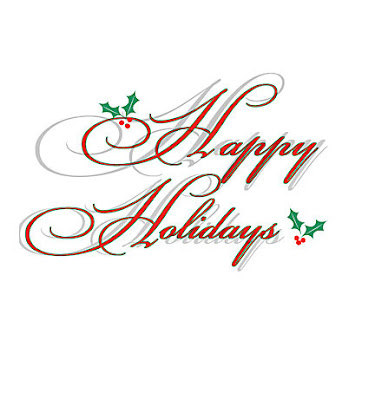 Fairy up at ebay 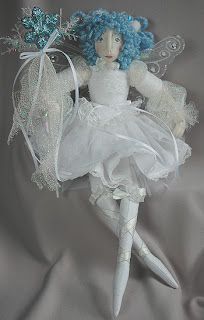 This is Elke. She's a snow fairy or faery if you prefer this spelling. Even though I've got the flu I'm still struggling to do some things. I can't get out to finish shopping so I thought I'd put Elke up for sale.

I've also been putting in some time working on my facebook page. Really prefer the blog but thought I'd give it a try.
Posted by BJ at 3:21:00 PM 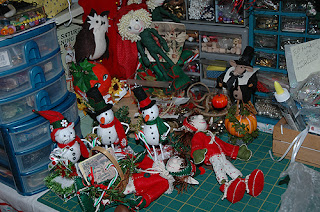 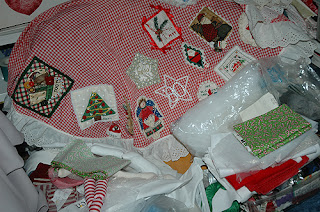 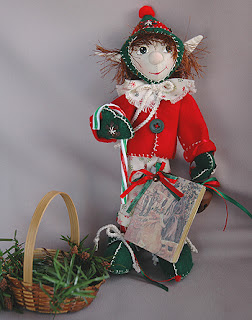 These are 2 new elves I listed on ebay.  Kirby, above, has a small hard back book. It's Christmas A-Z! Dunstan, below, comes with a wood sled. They're the same as the ones I make every Christmas with the fully wired body. All the felt clothing is hand sewed! 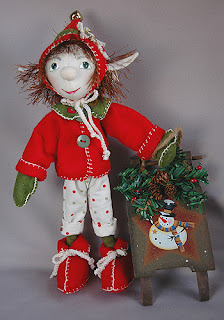 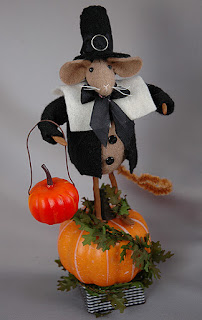 Is this little guy too cute?! It's another pattern from Cheswick. I'm late in finishing him but I thought I'd still list him. I love to work with felt so these patterns are perfect for me.

Felt Snowmen and Cat at ebay! 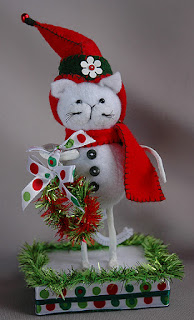 Here's a new cat I made that's up for sale at ebay. I used a pattern I bought at etsy by Cheswick. I designed the hat and scarf and added the tail. The original pattern didn't have a tail. 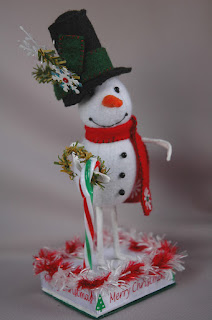 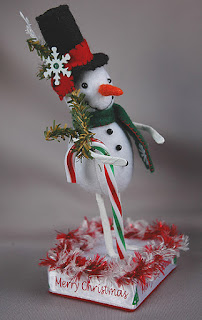 These 2 snowmen are also up at ebay. The only difference in them is the color of the scarves and the hat bands. Again I designed the hat and scarf patterns. I love these cute small felt decor dolls! I also have a pilgrim mouse to list. Last month I made a cat and frog for Halloween, a bit late but they were also from patterns by Cheswick.

Cheswick doesn't have a penguin but I used pattern parts from they're other patterns to design one. I still have to do the feet.

Watch for elves and Christmas fairies coming soon to my ebay listings!