What a day - way too much going on 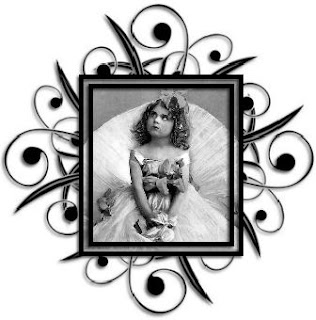 It's been a busy few days for me. I feel like the little girl above who looks like she's wishing for something, like this photo shoot to be over (ha ha).
The DH is on a trip to get a new member of the family. He's an 8 week old English (not American, too much hair) cocker spaniel who may or may not be named Micah. The DH hasn't decided yet and since the pup is more his than mine I let him pick names. Anything is better than pup-pup which is what he was calling him. The puppy is from Wisconsin and we live in Pennsylvania so it's a long and, thanks to covid, scary trip. Oh, and he took Dillon the lab along for company. After losing sweet Kaley at the beginning of the year to seizures we decided not to have the puppy flown. Can't help but wonder if they were the result of how they ship the dogs. This is the second English cocker we've had. We loved Cory so much we decided after Kaley went we'd get another but thought we'd wait until next year. I'll post a pic when he gets home.
As for me, I'm trying to get as much work done around here before they get back. I'm catching up on sewing, designing, embroidery, and watching season 2 of Star Trek Discovery. Today after posting my latest Vote freebie I updated pages here then spent over 3 hours working on my old web site at Tripod. I'm still not sure why I bother with that site. The site I had at webs was better but they closed my sites there so tripod is ok for a free place. I prefer here at blogger now that I've got all the pages up but with my old winxp computer I can't use chrome to post. How stupid is that! So it's Mozilla until google decides it's no good either.
I know I should get a new computer and planned on it way back in January but with all the schools needing them I decided to wait. Maybe by the time I'm ready Microsoft will have a new version of windows. The DH wants me to get a laptop (probably so he can claim it) but I prefer a desk top since I do so many graphics. I see that some new laptops have a taller (?) screen. I really dislike the DH's because it's just not high (?) enough. Not sure which to describe it. Guess I need to talk to a computer tech and see if I can keep my old Dell screen and just buy the hard drive. It's perfect for me and besides it's what I'm used to. I mean that's why I've kept the xp for so long.

I'm off to check on the new born bunnies. Yes, even more animals. The DH is crazy for them. I guess I should be happy no one offered him a goat or pig. The birds and bunnies are enough for me to take care of. The cat's easy so can't complain about him.