Was is a coincidence or fate kicking me in the heart? 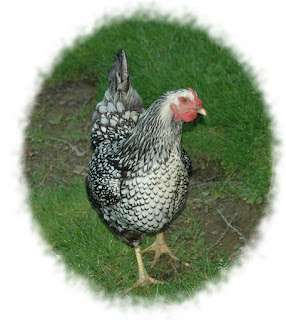 Yesterday I wrote about losing 2 of our ducks to some animal and now Nefi was taken last night. She was in a photo I posted with Jingles sleeping on the basement garden wall. We were late getting the chicken coop closed up and something, maybe a fox, went in and pulled her away. I was hysterical since I was the one who went to close up and saw all the feathers. Today, no one is getting out. I can't take losing another since the girls are so tame. The coop is pretty big and has wire windows so at least they can look out and get air but they are making a fuss wanting out. They have a fenced in yard area but Jack likes to let them free range. The fence is definitely not high enough. He also has 2 rabbits so we're worried about them, too. We'll probably move them into the large duck pen, again. It even has the roof enclosed. There was a female turkey who was coming to the wild bird feeders but she stopped last week so maybe she and her chicks were killed, too.

With all the sadness and stress I'm going thru over covid and George Floyd this was not something I needed to deal with right now. I'm fighting the depression I feel and will work to keep from becoming fully agoraphobic but it's going to be hard.